Why Dolphins Are Badass: A Semi-Academic Talk

Give & Take is a community experiment that breaks down barriers among disciplines, people, and ignorance vs. knowledge. …The perfect platform for a scientifically minded humorist (or comically minded scientist) to talk about their super-weird niche expertise.

My topic of choice: The Noble Dolphin. More specifically:  Why the dolphin deserves better than the corny, new age symbol of playful peacenickery it has come to represent, and is actually a complex, highly intelligent, and utterly badass beast.

The presentation was a success, and reinvigorated my belief that people both love learning about dolphins (as well as other big-brained mammals and cetaceans) and know relatively little about them. Look out, World. You’re about to learn way more about dolphin behavior than you even though you knew you wanted to but DID.

In a “Badass Dolphin” headdress, I explain the latest theories in dolphin evolution.

I explain “cetaceans,” just as Herman Melville did, before me. 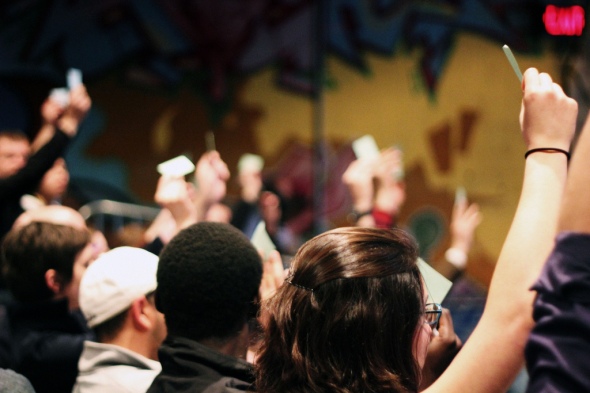 The audience of “cetaceans” uses color-coordinated note cards to indicate how many of them are “dolphin species.” 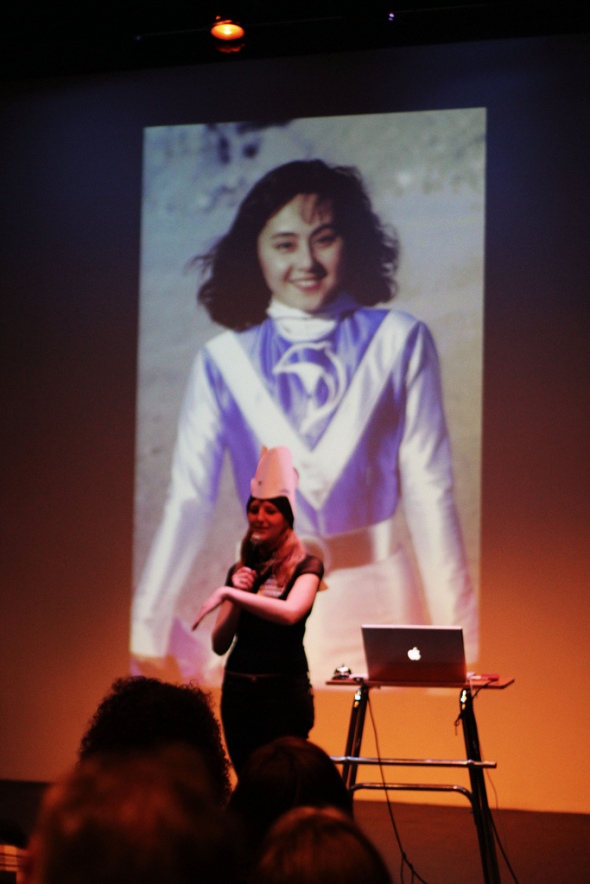 I quiz the audience on their knowledge of dolphin behavior, aided by “Blue Dolphin,” ninja warrior/top scholar.