Alright, enough being coy:  Here’s a little piece WIRED magazine ran on EdZedOmega, the interactive multimedia documentary on which I am thrilled to be serving as Writer/Producer. The project was the brainchild of Ken Eklund, the man behind the grand internet experiment World Without Oil, and was made possible by a grant from the Corporation for Public Broadcasting, with help from Twin Cities Public Television and the Association of Independents in Radio.

Ed Zed Omega is designed to run on audience participation, so let’s get to talking, eh? Did you like high school? Hate it? What’s your story?

[UPDATE: 3/28/2013] The project has run its semester-long course, and we learned so much along the way. Here, the Zed Omega teens explain the project from the other side of the curtain:

“Our Battle is More Full of Names Than Yours”

Somehow, I ended up in a situation where I am to compete for the title

against some of the greatest writers and thinkers and talkers in town.

As a poet once said:  I intend to something something or die trying. 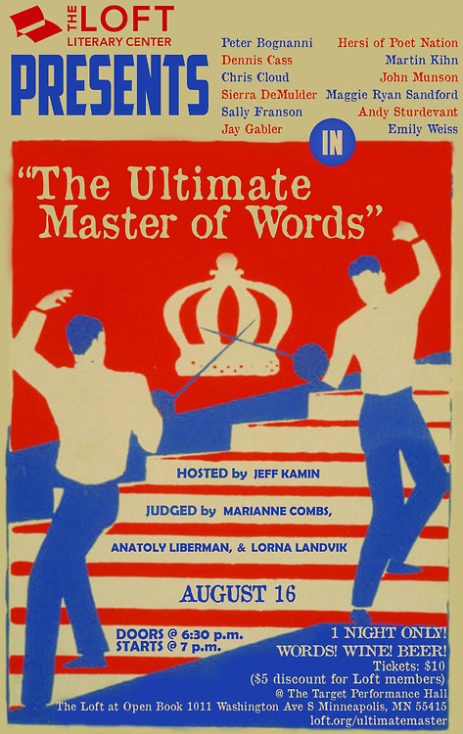 Just got called on as Writer/Producer for a cutting-edge new interactive documentary, paid for by a grant from the Corporation for Public Broadcasting. It’s called Ed Zed Omega.

But what is Ed Zed Omega…?