Up with People, Down with Mosquitoes.

Here’s a post I wrote on the subject of World Malaria Day, as a partnership between the United Nations Foundation, Nothing But Nets, and Comedy Central. I don’t mind telling you, the United Nations* was quoted as saying, “This is a fantastic post!”

Read more by clicking that link, above, or the picture below. 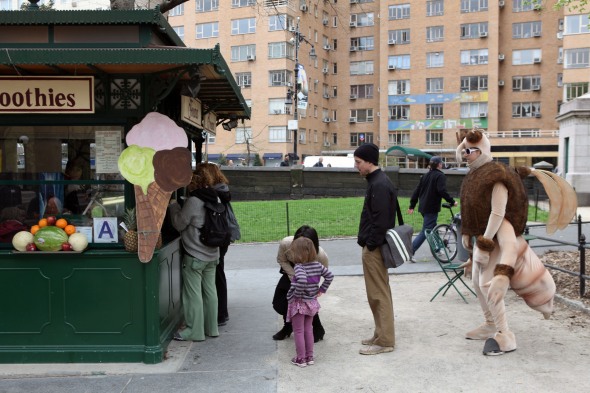 It is serious, yet funny. Like life. Which is precious.

*Or more specifically, someone who works at the UN Foundation.

Copywriting for the Finns

As you may have gathered, I write copy, among other things.

Here is a corporate video I wrote for Nokia, earlier this year. (For you yanks reading this post, remember Nokia’s headquarters are in Finland, so there may be a few items which feel lost in translation. Don’t worry, I think you’ll find them. After all, the world is shrinking as we speak. And the universe expanding…? Oh dear…)

Just look at those statistics, frozen in time, like so much dandelion fluff…

The Half-Dog Story, in Full.

Remember when I mentioned that story in Paper Darts’ 3rd Issue, called “Sheba”…? Why here it is now.

The National Onion./A.V. Club gave a nod to my piece on the epic 1987 Twins’ epic Facial Hair, so I thought I would too.

It is the end of an era.

For a good while now, I have been writing horoscopes for the masses at Comedy Central’s mobile site. We called it Uncle Louie’s Crystal Balls. As of a few months ago, Uncle Louie went out of business, but you can still visit him and his fellow astrologers Suzanne Mekulvic and P. Perp the Prophet Talker, frozen in time, because the internet is forever.

The upside: now that Uncle Louie’s LLC is no more, you can get our back stock of horoscopes (previously only available via a subscription with T-mobile), upon request! By which I mean I can show you writing samples of them, informally and without compensation. Here are a few. There are literally thousands more where that came from.

The second upside…? I’m still writing quizzes for Comedy Central (among other things), doing my part to keep productivity down across the United States and Canada. Here’s one. And here’s one. Oh, here’s another one.

Go forth, into truth and not into ignorance.

This time with one Mr. Chuck Klosterman, here wearing an enviable sweatshirt.

Damn, he talked to me for a long time. And he talks fast.