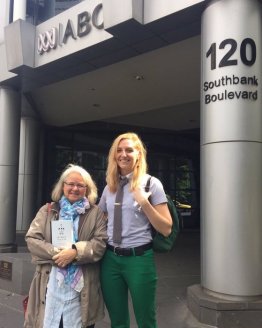 Research, Regrets, & the Land Where Marsupialia is King

What’s “Informal Science Education (ISE)”? That’s when people learn about science somewhere OTHER than school. And we know that people learn a lot MORE in informal science settings when they feel like the material is RELEVANT to them. So we did an exploratory study to see what it looked like when people found relevance in a museum exhibition––what they talked about, how they talked about it, and what the exhibition did to help all that happen. Here’s a little ditty about what we found:

NISE Net Research on How Visitors Find & Discuss Relevance in the Nano Exhibition (co-author with colleagues at Museum of Science Boston, University of Notre Dame)

What else is new? I’m headed to Melbourne in a few weeks, to join some of the weirdest, coolest, nerdiest folks currently thinking about––urm––all sorts of things. We’re called the “Brains Trust” (shoutout to a cleverly dodged copyright infringement), and we’re scientists, writers, artists, comedians, and “all-of-the-abovers” who will be answering the public’s questions and posing even MORE questions about the future of knowledge. It all goes down at INTERROBANG: A Festival of Questions. Many thanks to the Wheeler Centre for Books, Writers, & Ideas for having us.

courtesy of Interrobang & the Wheeler Centre

Stay tuned, Dolphinteers, as I’ll be back soon to tell you about some more projects lurking just beyond the horizon:

REGRET LABS…? A scientific/comedic look into what folks should have learned in science class but maybe didn’t

The Project Formerly Known as MOTHER LOVER….? Because the Earth is your Mom and you luuuuuv her.

As of March, I’m officially a Research and Evaluation Associate at the Science Museum of Minnesota. What does that mean? I’m continuing to use science to study how people learn about science (the research part of my job), and to see if the science museum is effectively teaching people science (the evaluation part of my job), only now I design & head studies myself. It’s an honor and a thrill.

In fact, I talked about it on twitter via the @RealScientists handle last month as well. More on that and my journey into science here. [Check back for the Storify soon…]

Last week I attended the American Alliance of Museums annual conference and presented a poster about the reflective interview techniques used in my research this past year (spoiler: kids know more about themselves than you think; puppets help).

Conference highlight:  After his awesome talk on animal empathy, famed primatologist Frans de Waal and I nerded out together about animal intelligence, anthropomorphism, and the problems with psychology and neuroscience. He rubbed his chin and got thinky about my dolphin book, which is the highest compliment you can receive from a researcher. You know his work on “fairness” in monkeys. Or you should:
May 20th, I’ll be in Washington DC as a scholarship recipient at the National Institutes of Health Science Education conference (NIHSciEd2015). May 28th, I’ll be at our very own Walker Arts Center for the first annual arts journalism conference, SUPERSCRIPT, because I keep insisting art and science belong together. (My SciArt column should ramp up again by then.) By the end of the year, I’ll have attended seven science and arts conferences. No rest for the wearious (weary+curious).

See you at a brown bag soon?

Here’s some stuff I was coyly withholding and/or forgot:

The Tangential has a book out and I have a piece in there! They let me write about Minnesota even though I’m not originally from here. In it, I explain the science behind that thing that happens when it’s so cold that you step outside and start swearing like a sailor. “Minnesota Tourette’s” I call it. See if you can find the super weird typo in the title that no one seemed to notice. Fun with print media.

Tomorrow, I’m honored to be part of the acclaimed international reading series Women of Letters alongside some pretty hardcore badasses. We’ll lay ourselves bare at Joe’s Pub in NYC. Come crush with us.

Meanwhile, things at the Science Museum are chugging along nicely. I’m learning about how kids connect to engineering and how grownups connect to nano (and probably learn better from it). Shhh. More when we publish.

And what ever happened to my Sci+Art column at the Walker Art Center’s MNartists.org? It’ll be back in two weeks. I just had to do some science and write about dolphins in secret for a bit. 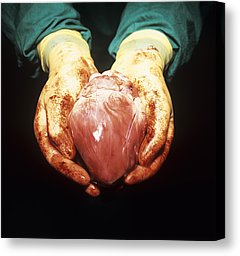 Whether you like science or not, read on. What I’m up to lately has everything to do with getting people to fall in love with science by realizing they loved science all along. (Is that creepy? Happy Halloween!)

It’s just what it sounds like. Click here to read about the science and art of dark matter, cuttlefish, convergent evolution, the human brain, and many more wonders of the known (and unknown) universe…

Research & Evaluation for the Science Museum of Minnesota

I’m proud to announce that I now work as a researcher and museum evaluator in the evaluation department of the Science Museum of Minnesota. What does that mean? I get to prototype, run, and assess educational programs, exhibits, and communication techniques on science education projects funded by places like the National Science Foundation, the National Institute for Health, and NASA. I basically do science about science. It’s just one of many dreams come true, friends. And yes, most of my dreams are science-related.

Over two years ago, I was sworn to secrecy as I started writing for a crazysexycool new website, the likes of which the world had never seen.

This month, it finally launched, and the world got to fall in love with…

I’ve linked you to the place where most of my “Culture Maps” live––nine and counting. What makes Mediander different is that the research connects disparate topics:  Charlie Chaplin to The Atomic Cafe to books by dictators, Nabokov to synesthesia and lepidopterology, and much! Much! More!

Got off to a good start when researchers at the International Space Station liked my map on the Space Race:

A childhood dream came true this month when I had an article published in Smithsonian. The piece allowed me to explore science+art at its best, in the form of Guillermo Bert’s 2D-coded traditional indigenous tapestries––one of the coolest artistic concepts I’ve seen in a long time.

The night before my birthday, I sat down at an old, malfunctioning Olivetti typewriter, on the train tracks.

The purpose? To battle it out in Revolver magazine‘s WRITE FIGHT, a single-elimination showdown with some of my favorite writers in town. It was both humbling and harrowing.

Competitors got the first line of the story, ten minutes to think for the first two rounds, no time to think for the last round, AND there were insane, orchestrated distractions at every turn. First round, I wrote as audience members came up and whispered suggestions in my ear. Second round, I had to put the typewriter on the lap of a stranger, who smack-talked me all the while.

Third round, at the center of a dancing mob, I wrote the story behind what improvisors would call the cruelest possible set-up:

“Even as it happened, I realized this was the most hilarious death ever.”

See what happened in the last three paragraphs of this article! [Spoiler alert, I won.] It was one of the most difficult feats of art I’ve ever undertaken, and my comrades in arms are my heroes more than ever. The… End…?

For my first piece on Slate’s sci/tech blog, Future Tense, I asked scientists what they’d like to see change in science this year. Here’s what they told me. 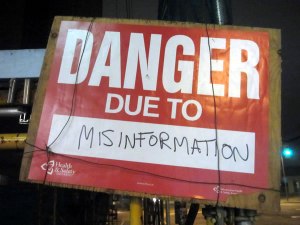 Got your own Scientific Resolutions? Lay ’em on me!